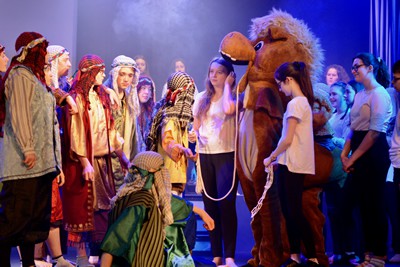 “JOSEPH” has always been a particular favourite of mine, since the days when my children played it on endless repeats on long car journeys.

We wore out tapes, had the song book and once turned up a week early at The Hawth in our eagerness to see the show performed live.

So I looked forward with keen anticipation to Sackville’s production this week – and it did not disappoint.

There can be few more feel-good shows than this musical comedy with its catchy songs, clever pastiches and witty lyrics.

And while Rice and Lloyd-Webber may have gone on to more “serious” work,  they will always be remembered most fondly for their first professional collaboration written originally as a choral piece for Cholet school, and since extended into a much-expanded and much-loved family show.

And Sackville’s production was terrific, fizzing with an infectious enthusiasm which delighted its audience. 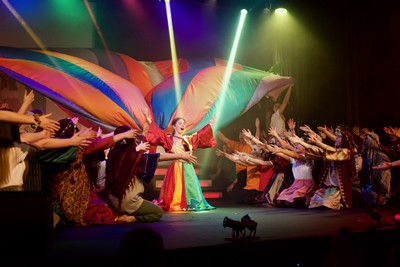 Her bright personality shone through as she soared effortlessly above the ensemble choir, flawlessly hitting all the high notes.

Her crisp diction ensured none of the lyrics were lost and her nuanced acting moved easily between Joseph’s strutting youth, resplendent in his multi-coloured coat, to real poignancy in her solo Close Every Door To Me when imprisoned and abandoned in Egypt.

Olly Howland, as Potiphar, also gave a lovely performance with some deft comic touches as the rich-but-unhappy husband whose wife – played with seductive charm by Eve Lewis – makes her move on the unwilling Joseph.

And Jack Charlton Nevitt made a marvellous Pharaoh.

With a physique born to wear Elvis’s flared jump suits, Jack’s strutting arrogance and terrific vocals were among the many highlights of the show.

Ollie Hodge and Rachel Davies turned in solid performances in their roles as the Butler and Baker, while Maud Kendrick, Peggy Wheeler, Nicole Noakes, Chloe Harman, Abi Hewitt  and Lucy Barber all brought some lovely voices to their shared role as The Narrator.

But it is the entire ensemble which makes Joseph such a perfect production for schools and while the soloists certainly deserved praise, they were supported by an enthusiastic cast and dancers – and the school’s talented in-house orchestra of staff, pupils and parents under the musical direction of Tom Heatley.

All-in-all a marvellous evening which reflected enormous credit on Sackville’s staff and pupils, and which sent its audience out into the night humming the tunes… 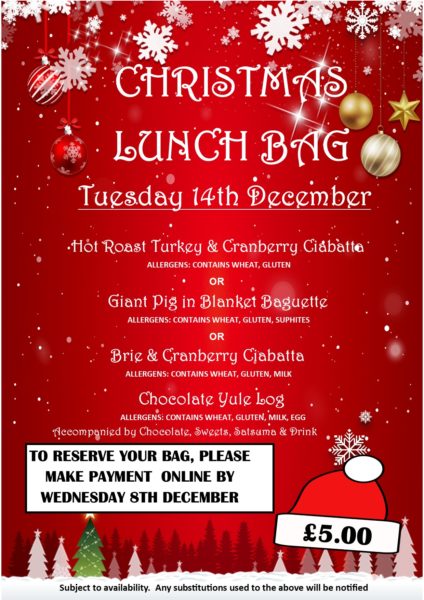 Last day for ordering the student Christmas Lunch Bag is next Wednesday 8th December.  Orders are to be placed via scopay   Any queries, please email 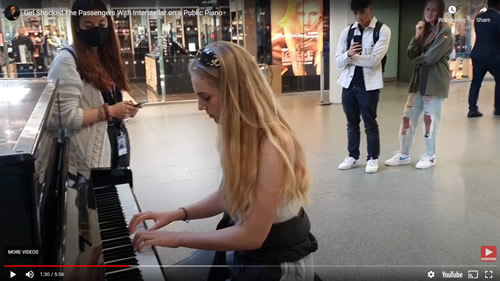 Have you seen this? More than three million already have …

Year 13 student Gabi Straszynski wowed commuters at St Pancras station recently with a breathtaking rendition of ‘Interstellar’ on a public piano. You’ll be as awestruck